Want to put your math skills to the test in head-to-head competition? We've got several great opportunities!
In this section Open Close

We take part in many local and national math competitions. You'll have a chance to participate in many events, including the

Our students and faculty also help with many K-12 competitions, encouraging young people to improve their math skills! We host K-12 events and assist with events such as

Starting in September, our first contest is the Alfred R. Schmidt Freshman Mathematics Competition which has been in operation for more than ten years. We typically have about 5%-10% of the freshman class turn out for this contest. It helps us get to know our new problem solvers.

Next, in October, we participate in the Virginia Tech Regional Mathematics Contest. Our usual turnout for this contest, which Rose-Hulman first participated in in 1996, is about 10-15 students. The contest is considered by many schools as a warm-up for the Putnam competition. It is not as long as the Putnam and the problems are of intermediate difficulty between our ARS Freshman Contest and the Putnam Competition.

In early December comes the grande dame of mathematics competitions, the William Lowell Putnam Mathematical Competition. This takes a full Saturday with a three-hour stint at six tough problems on part A, a break for lunch with the faculty, and then another three hours at the six problems for part B. The typical turnout is about 20 and we have been participating as long as anyone can remember.

In February comes the grueling Mathematical Contest in Modeling. The contest is 86 hours in length. Teams of three students get to work on a single problem selected from a choice of two. We have participated since the contest's inception and in each of the last few years, we have fielded four teams, the maximum number allowed per institution. In the last few years, an interdisciplinary contest has been added. Recently, the Civil Engineering Department fielded a team for this contest.

Finally, at the spring meeting of the Indiana Section of the Mathematical Association of America, we take our traveling teams of 4-5 three-person teams to The Indiana College Mathematics Competition. In addition to taking part in the competition, students get a chance to listen to interesting mathematical talks and participate in workshops.

Rose-Hulman holds its Annual Rose-Hulman High School Contest* on the second Saturday of November. The contest is structured so that all high school levels may compete. This contest has been run for about 50 years and has satellite sites in St. Louis, Cincinnati, and Kentucky. About 2,000 students compete annually.

*The High School Math Competition will not be offered during 2020-21 due to the COVID-19 pandemic.

The MATHCOUNTS program is targeted at middle school and is a year-long program. During the Fall term, students meet with their MATHCOUNTS coach on a regular basis. In the Spring term, there are school, regional, state and national competitions. Rose-Hulman hosts the regional competitions and the state competition recently. The Rose-Hulman contact is Leanne Holder.

The Girls' Adventures in Mathematics is a national team-based competition for girls in grades 3 through 8 that takes place in the spring. The competition presents challenging and innovative math problems to students in this age group, contextualized in a comic book containing the stories of pioneering women from history. The competition consists of two rounds: a sixty-minute Round 1 and a twenty-minute Round 2. The Rose-Hulman contact is Leanne Holder.

What Else Have We Got? 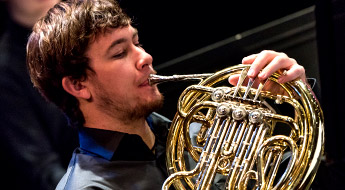 It’s surprising how many of our students are also talented vocalists and musicians. If you love to sing or play a musical instrument, join one of the many bands, chorus groups or orchestras we offer. A few choices include: 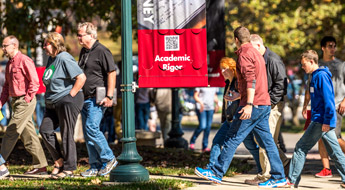 Our Campus Visit Programs are a great way to learn a lot about Rose-Hulman in just a few hours. You’ll meet professors, talk to students, visit labs and classrooms, and walk the campus. It’s a day you’ll not forget. 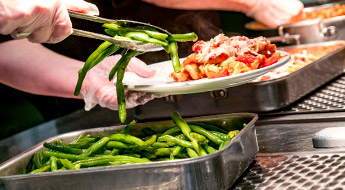 One of our best-kept secrets is our outstanding food, served daily by Bon Appetit, a multiple-award-winning food provider that focuses on diverse, fresh, local farm-to-table options. We think you'll be impressed! 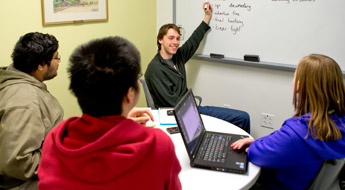 Your academic success is our goal, too. The Learning Center offers more than 40 peer tutors, individual and small-group tutoring and study sessions, final exam reviews, quiet study areas, and more. And it's all free.

Dr. Rader joined Rose-Hulman in 1997 and earned the rank of full professor in 2011. He often teaches upper-level courses in probability, statistics, and operations research, and has authored or co-authored several journal articles, conference presentations and the textbook, Deterministic Operations Research: Models and Methods in Linear Optimization (2010). He has also contributed to the success of the Rose-Hulman Undergraduate Mathematics Journal, where he has served as editor and assistant editor.
VIEW MATH FACULTY 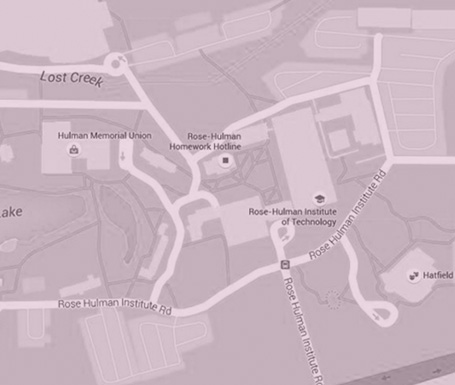